David is here today picking up 12 rows of Mohawk Complete closing wheels. He mentioned he has run rebounders over 20 years on John Deere planters. David started out with white rebounders; he has now upgraded to high-speed running the orange rebounder. David likes the orange rebounders because they knock the loose dirt in over the seed and places his fertilizer, that he runs 5 gallons per acre, in the furrow.

I have used the “Out the Back” fertilizer system from Schaffert for six years now and plan to keep using them. The staff and owner at Schaffert are top notch. You couldn’t ask for better service. Great product!

We bought 12 Mohawks to run on our corn planter next to the factory rubber closing wheel. We are mostly no-till and all terraced and hilly ground. We felt like the Mohawks maintained ground contact way better than the rubber tires. They also broke up the sidewall, which helped reduce erosion in the seed trench on the hilly ground. Another added benefit was they helped to close the seed trench when following contours with sharper corners.

We will replace the other 12 wheels and will be purchasing more products in the future. Paul and Kris are very helpful and willing to answer any questions you may have! 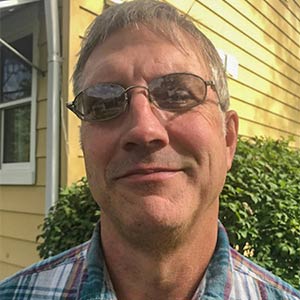 I planted corn with one Mohawk Closing Wheel and one regular press wheel on each row.

The soil on the Mohawk side of the rows was soft, while the soil on the regular press wheel side was hard and compacted. When the seeds sprouted and grew, the plants all emerged through the softer soil on the side where the Mohawk wheels had gone.

I do 50% no-till. I bought Mohawks 3 years ago and ran 1 rubber wheel and 1 Mohawk wheel. The Mohawk broke the seed wall better and helped it to not crust. It works good in conventional planting too.

I purchased two rows of Mohawk wheels, and put them on my 16 row planter the same time I installed 14 rows of Exapta’s Thompson wheels.

The Mohawk wheels have always left the row covered better, and did a smoother job. They were also about $20 per row cheaper. And while the Thompson wheels are worn out after 3 seasons, the Mohawk wheels show practically no wear.

I used to use cast wheels in everything. In conventional it pushed the seeds back up in seed furrow, even on the lightest setting. I even tried the straight finger wheels on my John Deere planter and they would go too deep and bring seeds up in the seed V. They’d also loosen the seed trench up too much, causing reduction in stand counts in dry weather.

Then, I found the Mohawks and have been using them ever since. I’ve taken most all of the spring pressure off the press wheels and only run in the first notch. They break the side wall compaction and compact the soil around the seed better than the cast wheel or the straight spike wheels.

With cast sometimes it plugs up with root balls and then the press wheels would slide and not roll over the residue. About every other year we had to rebuild the tail sections with new bushings and bolts when running the cast wheels because of the heavy wheels planting on contours.  With the Mohawks there is less wear and tear on the press wheel brackets.

The best addition I added to the planter this winter has been the Mohawk Closing Wheels.

Half of my planter were Copperheads and the other Mohawks. Both of these wheels do a better job than the stock closing wheels, but the Mohawks have a distinct edge.

The Mohawks sealed the seed slot better and with less pressure while crumbling the top soil. The Copperheads mostly pushed the slot together which made it prone to open back up with lack of rain. The Mohawks never had that problem.

In heavy residue, the Mohawks always sealed the slot while I had to crank down the pressure on the Copperheads to achieve the same results and sometimes still not seal the slot.

I installed Mohawk closing wheels last year. I was very happy with the performance.

OEM are sometimes not aggressive enough and the after markets I’ve been around can be too aggressive. The Mohawk seems to be more forgiving under varying field conditions. Wet–they seal nicely without packing. Dry–seeds are not disturbed and cloddy soil is broken up and firmed nicely. Very happy with performance and durability.